Frank Lloyd Wright cultivated a mystique of solitary inspiration, ensuring that his accomplishments were regarded as the works of one man’s towering genius. The draftsman who was critical in visualizing much of his early work was a genius in her own right. 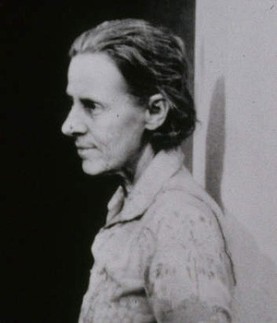 When Frank Lloyd Wright fled for Europe with the wife of one of his clients in 1909, his successor turned to Marion Mahony for help completing the outstanding accounts. As well he should. Mahony was Wright’s first employee, had worked for him for over a decade, and was responsible for much of the draftsmanship that earned Wright his initial fame.

Not that you’d ever know it by Wright’s reckoning. Like many whose self-image runs toward the solitary genius over the creative collaborationist, he was not the most generous in distributing credit. He had standing instructions that Marion’s drawings − which would routinely win in-house competitions among Wright’s crew − were not to be referred to as “Miss Mahony’s designs.”   He kept them for future use.

Mahony (pronounced Mah-Nee) became the first licensed female architect in Illinois, and one of the first in the world, on her return to her native Chicago after graduating from MIT in 1894. She worked for her cousin, the architect Dwight Perkins, at his Steinway Hall office building in Chicago in a shared space with Wright and other architects before hiring on with Wright in 1895. On and off for the next 14 years, she would be a key member of Wright’s team working out of his Oak Park home.

Those years would see the birth of the Prairie School, the much celebrated style of residential architecture, prominent in the Midwest, favoring the horizontal over the vertical, open interior spaces, and an organic relationship to nature. The architect Louis Sullivan is considered the forerunner of the style and Wright its undisputed poster child.   (Others associated with the style include George Grant Elmslie, William Purcell, Parker Berry, William E. Drummond, and William L. Steel, also-rans in their own right, and in their own ways.) Critical in realizing the vision throughout was Marion Mahony. 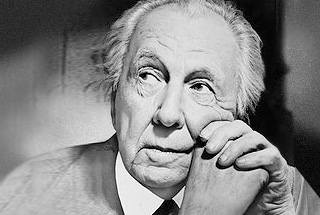 Her renderings evoked the style of Japanese woodcuts − fine, continuous lines with a keen attention paid to the natural surroundings of the structure.   In many ways, it was a revolutionary style of draftsmanship, very much at odds with the prevailing aesthetic of dispassionate, highly technical realism. It did more than help an outsider to visualize a completed design, it actually evoked the emotional response the end product would aspire to.

Though many in the Oak Park studio considered Mahony’s draftsmanship superior to Wright’s, the great man himself was less inclined to acknowledge her originality. He would occasionally annotate Mahony’s work with the comment, “drawn by Mahony after FLW and Hiroshige.” The latter reference was to a 19th century Japanese woodblock print master.   FLW was you know who.

When Wright left for Europe with his new soul mate in 1909, Mahony turned down Wright’s offer to take over the business. Seeds of resentment toward Wright seems at this point to have been well on their way toward flowering into the unqualified bitterness she would express later in life. Still, she did return to lead work on many of the projects in progress, including a mansion for Henry Ford in Dearborn, MI (never built, due to a disagreement between Ford and Mahony) and three houses in Decatur, IL.

Meanwhile in Europe, Wright published The Wasmuth Portfolio, a compendium of architectural renderings from his early career with an accompanying monograph. The work solidified his standing as America’s preeminent architect and was greatly influential among the emerging generation of European modernists, including Le Corbusier, Mies van der Rohe, and Walter Gropius. Over half of the images in The Wasmuth Portfolio were Mahony’s work, though her monogram was removed from her drawings as they were being transferred to new media for publication. One assumes the oversight was not unintentional.

Back in the States, Mahony married Walter Burley Griffin, another member of the Wright crew with whom she had developed an odd couple-like intimacy. Mahony was outspoken, with an actress’s flair. (The first woman to appear on stage at MIT, she had played Portia in Shakespeare’s The Merchant of Venice and Beatrice in Much Ado about Nothing.) Griffin, five years her junior, was mild-mannered and unassuming.

Mahony’s renderings were instrumental in winning for Griffin the commission to design Canberra, a planned city selected to be Australia’s new capital (as a compromise between rivals Sydney and Melbourne.) Australia would be their base of operations for the next quarter century. The partnership and the relationship flourished. The Canberra vision was only partially realized, but many other projects bore their imprint. The pair is held in high esteem in Australia, where Mahony is taken “as seriously as we take Frank Lloyd Wright,” according to David Van Zanten, a professor of art history at Northwestern University.

After a brief separation, Mahony joined her husband in India in the mid-’30s where she contributed to the design of hundreds of buildings in the Prairie School style.   After her husband’s death there in ’37, she returned to Chicago. She did not produce much architectural work in the final decades of life, during which time she deeply embraced Anthroposophy, the spiritualist teachings of Rudolph Steiner. She died at age 90 in 1961.

To many, Frank Lloyd Wright’s is the proverbial face beside the entry for “architect” in the dictionary.

While in many ways she was most responsible for creating the public face of Wright’s work, Marion Mahony was not well known to the public. Only in retrospect would her contributions come more fully to light.   The life in shadow must be attributed at least partly to Mahony herself.   Though she was an integral part of her husband’s work for decades, and Wright’s before that, she continually underplayed her own contributions while steadfastly supporting her husband’s reputation. Today, there are few buildings still standing that can be attributed solely to Mahony.

The Art Institute of Chicago has made an extensive manuscript of Mahony’s memoir “The Magic of America” available on line. It makes for fascinating reading for architecture nerds, intermittently spiced with salacious commentary to satisfy the gossip-mongers. Wright, she claimed, “originated very little but spent most of his time claiming everything and swiping everything.”

There is no denying Wright’s genius, only regretting the depth of shadow that genius seems to inevitably confer. Would Mahony have escaped it if she been more ambitious, personally, and less inclined toward close partnerships, first with Wright and then Burley Griffin?  Probably.

We can’t really say how different her life and legacy might have been. We’ll leave off simply noting the opinions of the experts. The critic Reyner Banham called Marion Mahony “the greatest architectural delineator of her generation.” Professor Elizabeth Birmingham at North Dakota State University has opined: “The specifics of Marion’s life fell victim to the primary scholarly effort to establish and fix the canon of ‘great men’ whose genius-personalities, buildings and texts would become central to the story of architecture.”

And many other stories besides.